This is a local thing in California, but I wouldn’t be surprised if other public utility commissions would model after this if this gets approved.

Not directly related to sense itself but sense is loved/used by a lot of (California) customers with Solar I think it is okay to post this here:

The CPUC [1] has effectively floated a new NEM-3 [2] proposal and here’s the top 5 takeaways:

The fees are HIGHER if you have batteries and would apply to what your customers self-produce and self-consume.
Yes – fees for making your own solar power that you use for residential and commercial customers.

So when I got home this afternoon and started charging my EV from my solar panels, they want me to pay a fee to my utility company over that usage even though it never even left my own network and even reached/crossed the meter . 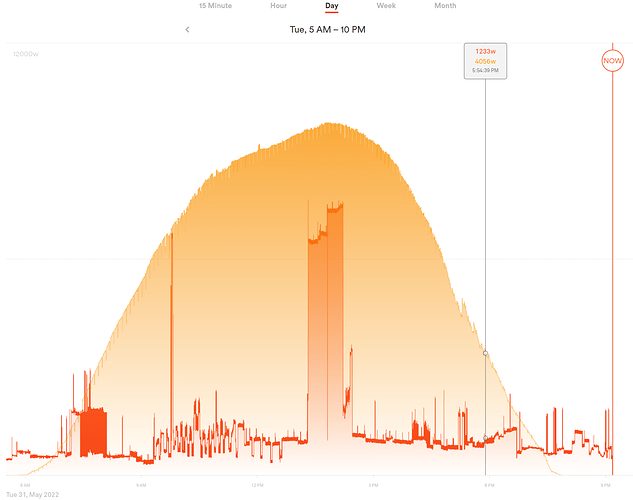 CPUC still wants to lower the value of solar kWh from the current retail rate minus a few charges to 5 cents per kWh.

Still on the table: retroactive changes to your existing customers, other taxes, monthly netting, and more.

Next steps: We MUST come out in force on June 2, and stop this bad proposal in its tracks. The CPUC is inviting feedback. Let’s give it to them! Shut down your offices, bring your whole team, and meet us in LA or SF to tell the CPUC and the Governor, once and for all, NO SOLAR TAX! Spread the word to everyone you know! 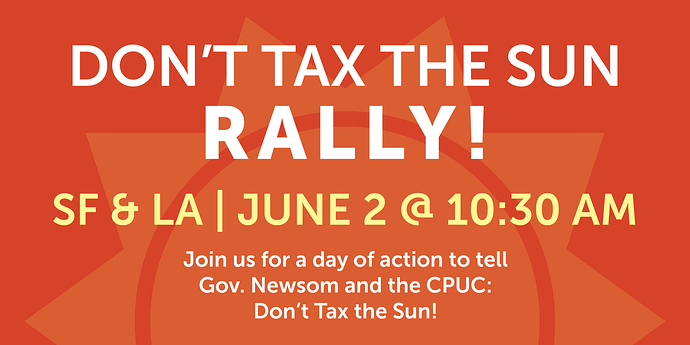 This makes zero sense, California has the most electric vehicles on earth, and is paving the way to net zero in the country,
Why would they hurt the end user that is doing their part?
I am from northern canada, and am worried how our about our power company is ping to handle our credits in he near future.
I could not imagine wha this proposed in California. They should be giving you more incentives as the grid seems to have troubles on its own.

Totally agree with you.

It is kind of equivalent to buying a generator & fuel to run part of your house from the generator.
Than the utility comes and wants you to pay a percentage of the generated electricity from the generator & fuel you paid for to them.
crazy
Last month 54% of my used electricity was provided by my solar independent of the grid.
Can you imagine they made a 20 year deal for net metering and after 2 years they break open the contract and make me pay for all this nonsense?

Good news on the net metering front in California !

The more I read about it, the more I think it is sneaky, very sneaky

articles based on the new CPUC proposal: 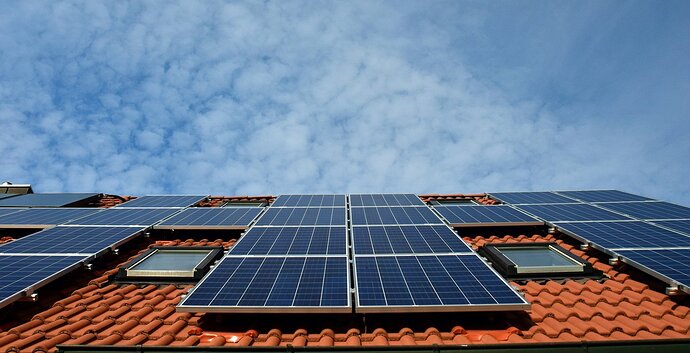 The new NEM 3.0 proposed decision has been released. The decision implements a net billing format with a five year glide path that lowers rates based on the "avoided cost" calculator.

The California Public Utilities Commission (CPUC) has released its proposed decision for Net Energy Metering (NEM), implementing a net billing mechanism and slashing payments for excess solar production sent to the grid by 75%. Based on an initial analysis, the new proposed decision would cut the average export rate in California from $0.30 per kW to $0.08 per kW, making the cuts effective in April 2023.

Under the new net metering structure, payments for excess solar production to the grid will be cut to the “avoided cost” to the utility, a minute fraction of the retail rate paid by customers for electricity supplied by the grid. CPUC said the new proposed decision will lead to an average payback of nine years for residential rooftop solar, based on an assumption of a $3.30 cost per Watt. Read the complete proposed decision here.

The net metered payments will be based on hourly Avoided Cost Calculator rates, averaged over days in a month with separate rates for weekends and holidays. An avoided cost “ACC Plus” adder will be applied to boost net metering payment rates as a constant for nine years and varies by utility. Low-income customers are offered a higher adder rate. SDG&E customers are not eligible to receive an adder. 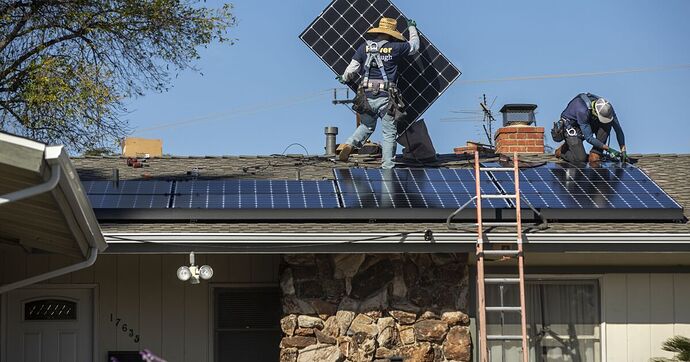 Homes and businesses would receive lower payments for clean power they send to the grid — but not as low as under an earlier proposal. 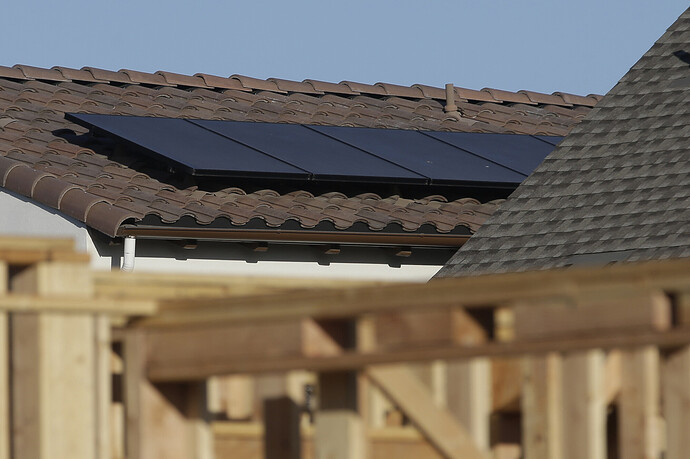 The CPUC’s scaled-back plan eliminates consumer fees. The original was abandoned after criticism from the governor and solar advocates.

The revised rules would:

-Reduce utilities’ payments to homeowners for excess power they sell by as much as 75% compared to current rates. The change would not apply to residents with existing solar systems.

-Encourage the installation of solar panels plus battery storage.

-Set lower rates in an attempt to shift consumers’ use of power to the times of day that improve grid reliability. 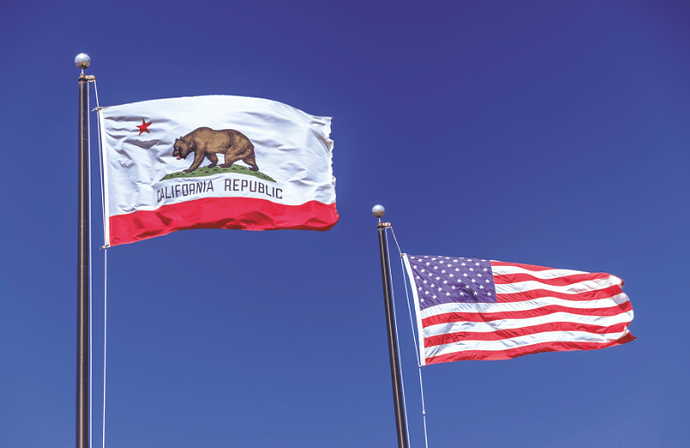 Almost a year after its first proposed NEM 3.0 decision that sent the state's solar industry into an uproar, the CPUC has released a new version.

Just for clarity, these changes would be effective for NEM 3.0 customers moving forward, correct? NEM 2.0 agreements would remain unchanged.

I know the last proposal was trying to cut back the NEM 2.0 agreement from 20 years down to 15 years, but that change is not included in this new proposal, is it?

Also, if a NEM 2.0 customer adds panels to their existing implementation when NEM 3.0 is in effect, would the new panels be covered under the new NEM 3.0 policies? Or would they be grandfathered into the remainder of your NEM 2.0 agreement?

From the info I have seen, NEMS 3.0 would be for new installs, beyond some date of record. And the continuation of NEMS 2.0 for existing users would be 20 years.

As for mixed systems, I don’t know how that would work - but more and more, the metering is going to be oriented towards self-utilization of your produced solar, and NOT overproducing.

I think the focus has been covering the household needs, and not over producing for some time now… At least that was my experience during the PG&E application process…

My solar company told me that I was only allowed up to 105% (or maybe it was 110%) of my documented existing usage over the last year… Anything above that had to be documented as to why I needed the extra production (e.g., planning to add a pool, planning to buy an EV, etc…).

I know you can lie about that sort of stuff, since it’s just a “plan” and there’s no way to hold you to that commitment… But it’s also not a free for all…

I have a very high level update for you all.

First I encourage you all to attend the webinar this afternoon at 4:30pm [LINK DELETED, ALREADY PASSED]

If you can not attend the webinar recording will be on the following social media sites.

You can also watch the webinar at Solar Rights Alliance’s social media channels:

If you can’t make the webinar, a recording of the webinar will be on YouTube

For this week no texting but in a week or 2 we will be texting A LOT. So hang in there texting team!

Please include the message at CPUC/Letters to the Editor/social media: The CPUC rooftop solar proposal is still too extreme.

The action plan will be discussed in detail at the webinar but here is a brief update. The folks that attend the webinar today will receive an email tomorrow with information at a high level as to what was discussed and links to tool kit to help you do the following. We also need as much media coverage as possible including the press.

Our initial take: the CPUC’s newest proposal will still make it much harder for people who don’t currently have solar to get it. When changes like these have been implemented elsewhere in the U.S, solar adoptions have dropped by a lot. That’s what the utilities want, but it isn’t good for the people. We intend to push hard for changes that ensure that people who want solar are not shut out.

San Diego Union-Tribune Behind a paywall

Sacramento Bee Behind a paywall but see attached file

There will be upcoming in person events that we hope you can attend, again these get a lot of press. Please spread the word to your network and post on social media

I will send out more information on Actions tomorrow

Thank you all and have a great day