SenseLabs’s partner Schneider electric has also partnered with SustLabs to manufacture a strikingly similar device called OHM https://ohmassistant.com a home energy monitor that is compatible with India’s power grid. Which may be contributing to the confusion amoung Sense support employees.

OHM has distinct advantages over Sense like 24/7 phone support. Oddly, many of the things OHM lacks are the same things most Sense users have been experiencing issues with such as Lab’s.
I cannot find any information regarding a direct partnership or licensing agreement between Sense and OHM, but that’s not to say one doesn’t exist or it wasn’t done through Schneider Electric acting as the middle man.

On a side note, OHM Connect (not to be confused with OHM) has it’s own partnership with Sense and Schneider and works primarily with utilities to directly control your home. Essentially you give them control of your IOT devices, allowing them to shut things off (like your A/C or Fridge) during peak usage times and they pay you.
OHM Connect is much more invasive than our utility’s program which offers $45 off and rebates on a Google Nest or Ecobee thermostat if you agree to allow them to control your AC in the summer.

Just took a quick look at the first Ohm you described. Interesting, but very different product.

True, though in many ways it’s extremely similar.
The biggest difference is that OHM can natively detect devices similar to Sense, but also allows users to agree or disagree with detections. Agreement is confirmation, disagreement allows the users to input what they think a device is which causes the Ai (bot) to try harder with detection until it can be confirmed as accurate. Device detection data is more individualized to the user staying a bit separate from the AI until so many other confirm it’s accuracy. It then uses that to help train the AI’s ML process.
Sense on the other hand only allows for strict Ai detection or deletion (start all over) of a device with virtually no human input.
I can totally understand the reasoning why both methods were initially created.
The ‘can you train Sense’ question users have been asking about for years will be quite the quagmire for Sense if this ends up working (long term) for OHM.

If OHM were to outsource support to the US where no one has ever used the product as it’s not compatible with the US grid, their customer base in India would be upset.
Sense on the other hand a product only compatible with the US type grids is outsourced to India where no one has ever used the product but no one at Sense thinks this is an issue.
With different types of energy grids and different technical terms than one is familiar with or understands it’s extremely easy to confuse and/or misinterpret lot of relevant and important details. 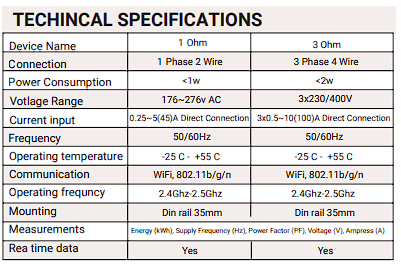 I’m thinking that based on Ohm’s description (“connects to your electricity meter”), the hardware is similar to this product, the Rainforest Automation 200, which I already own. There are two pieces to the Rainforest 200 product, the “box/hub/gateway” which essentially connects my PG&E meter to the internet, and the Web App / Mobile software which offers a very stripped down set of functionality compared to Sense.

Hardware
Unfortunately, as you can see on Amazon, they are no longer selling this product due to supply chain issues (they couldn’t get the the internal chips in small volumes, compared to autos, anymore).

Software App
Even though, this is what they show on their website:

This is what I actually see:

Here’s their equivalent of the Power Meter - similar but:

As for the “allows users to agree or disagree with detections” part. This sounds like a little bit of a repeat of the Neurio product, which seemed similar to Sense, except it focused on human guided training.

I deliberated about Neurio or Sense back when I first bought 4 years ago, but glad I bought Sense, because if you look for Neurio today you find it in three places:

Well, I have a better one.

While you guys were going on about an Indian add on, Duke Energy just sent me an email with my 15 day (half month) usage on my electric bill and projected full month bill.

However, this month they broke it down by category/device. 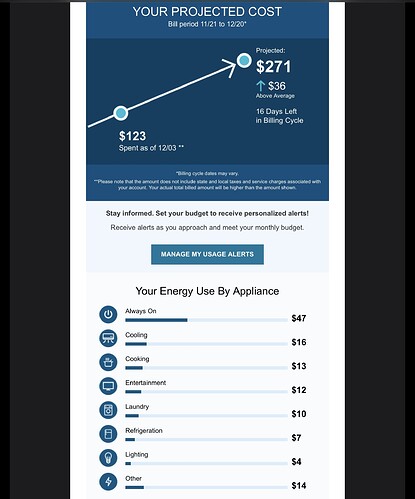 My first thought was that Sense was selling my info to Duke Energy.

After I realized that’s not happening, I checked always on, cooling etc in Sense vs what Duke Energy stated in their email and they were within 10%.

While you say “they were still off by 10%”, my usage is always off by around 10% Sense vs Electric Company.

So here we have Sense with learning curves, around 30 KASA plugs, Hues bulb monitoring and me inputting what I have in my house vs Duke Energy with, well, nothing and getting it to within 10% of where Sense is reporting.

I have opted in to a similar service, Home Intel, from my utility, but it’s a far cry from Sense when you look under the hood (both good things and bad things). Here’s the web interface: 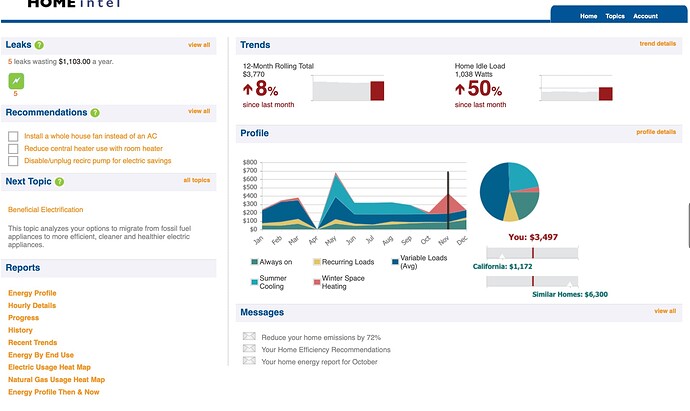 Pretty clear why I use Sense vs. this nascent technology. But some people would be happy with it.

ps: I do like their Energy Heatmap, but I wish that that they had more flexibility in time ranges and axes. Everything in their current heat map is fixed. 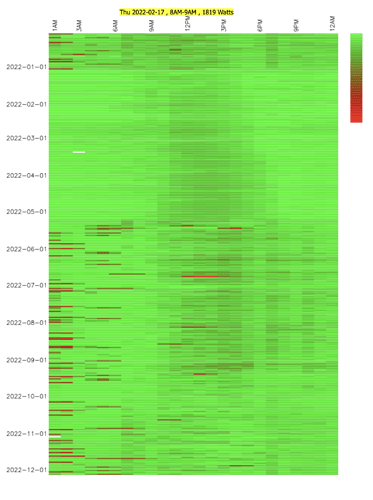 I haven’t answered any questions. ZERO about what was in my house. Just showed up as you see it.

And again it’s within 10% of what Sense is reporting.

In the last 12 hours since it came in I have now gone in answered a number of questions about my house. eg Heat Pump, Central Air or none. Also asks about additional window units. Number of Refridgerators and/or Freezer units in House, Dryer AC or gas, Oven AC or Gas, Stove AC or Gas, computer or not, lights % LED etc

I will be interested to see how close it hits to Sense numbers now with additional input.

And this showed up 1/2 way through bill cycle. I imagine that means it would produce at minimum 24 a year.

Sure, Sense has more granular data, but the real question is how many need that for $200+ dollars vs this for free.

Secondly, this has learned this much about my house with no additional devices or input from me, unlike Sense.

If Sense wants to be worth a Premium Price, then it should certainly be able to learn and detect with more accuracy and give me more info that the freebie does.

The world keeps getting more and more interesting. This isn’t disaggregation, but a company that gives better access to power data. It builds a consistent API for all sorts of different utilities.

But it also shows the challenge of systems that use the current utility infrastructure - all data arrives a day or 24 hours later and the best resolution is every 15 minutes.