I have Sony TV (XR65X90CJ) which is great. (Uses about 65W when the room is relatively dark and more in a bright room because it adjusts screen brightness as needed). When off, it uses about 0.15W (according to Kasa). Every couple of hours it wakes up for a few seconds to e.g. check for updates and other maintenance tasks, then goes back to sleep. During these checks, the power use is about 28W, i.e. controller only, screen is off.

Yes, the TV is connected to a Kasa smart plug, so the usage is 100% accurate and does not depend on Sense AI.

Going over my Sense logs (picture below), I noticed that starting on August 25, 2022 at exactly 1am, the baseline TV power usage (The TV was off at the time, so it definitely was not something I could have changed!) went from zero to permanently ~28W. Power while the TV is ON is the same as before! Unfortunately I did not notice this until now and started to debug all possibilities (power settings, connected devices, etc.). It took me a long time to find an apparently new option that defaulted to ON. They added a seemingly completely useless “Renderer” option, and once I disabled it, the “off” power went back to normal. 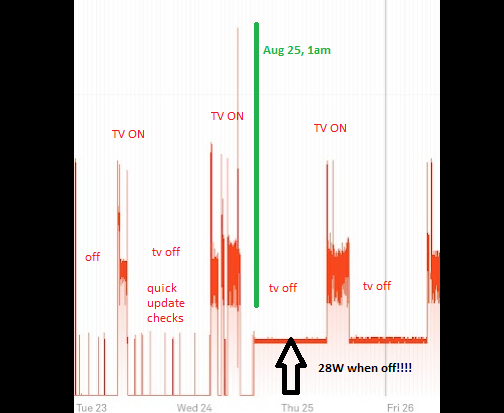 I just spent a while on Chat with SONY support and they filed a detailed report with the developers. It is an obvious bug that (1) this new option defaulted to ON (should default of OFF!!!) and (2) that it completely obliterates all power management, costing me about 30kWh until I noticed the problem. I assume they can fix it eventually. An always on of 28W is NOT in the spirit of our times!

Yes, that “renderer” option is completely useless. I can already control the TV via the remote inside the google home app and display anything I want using Chromecast and airplay. The agent could not really convince me that “renderer” is something that would add any value or even how I would use it.

Lesson learned. If you have a Sony TV, look at your “OFF” power use and if it is suspiciously high, check the presence of “renderer”.

Without the Sense logs, I would have never noticed anything unusual, so thanks!

That’s a pretty cool story. I’m betting the Sony folks were amazed that you caught that.

So far it is holding up nicely. 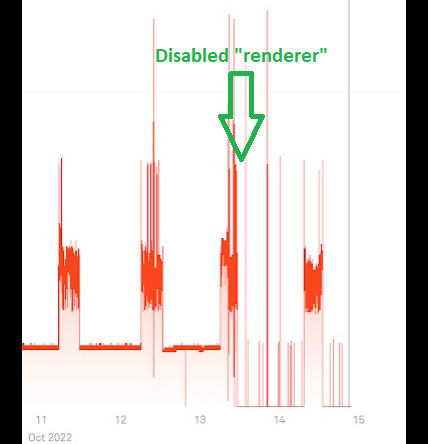 Will keep an eye on it to make sure that this was really the problem.

Looking over the history trace, the background consumption (when off) actually dropped to normal (~zero) about three times for about a day each (Sept 9, Oct 25, 30), so the problem might be more complex. Could be a race condition such that there is a small chance that power management can kick in correctly but usually does not. Still there is now undeniable evidence that “renderer” was the problem.

Still holding up nicely. Since the “fix” the TV daily power usage dropped to about 1/3. 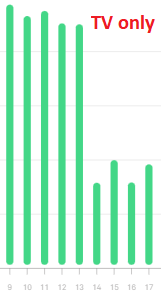 Sony definitely need to get their act together if they ever want to sell any TVs in Europe in the future (see also).