No idea where to begin on this device

On December 19th (a week ago) after 1.5 years of running, Sense claimed to find Water Heater 2. For reference, my actual water heater was found about a month after actual install. 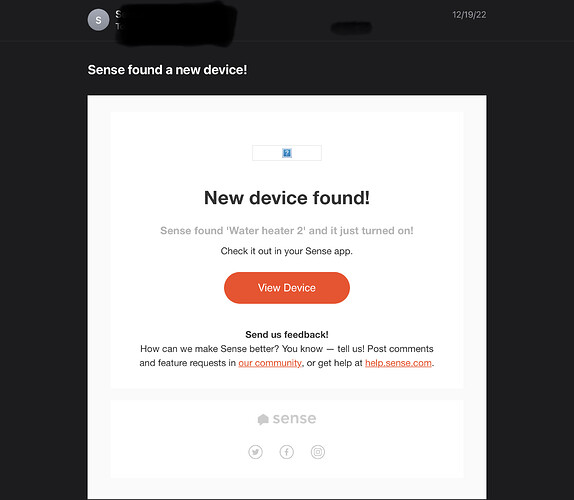 Now to make things more interesting, 97% of Sense users identified this as a Dryer, not a Water Heater which begs the question why Sense thinks it is a Water Heater in the first place. 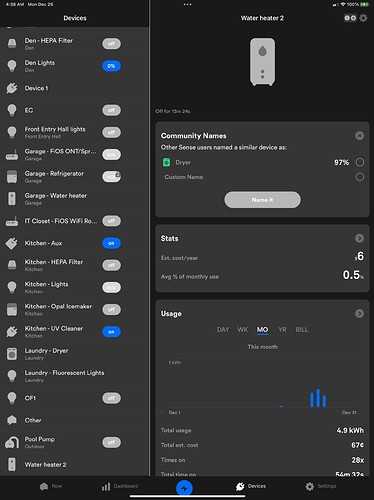 To be clear, my Dryer hasn’t been on in the last week at all (and was detected by Sense after about 6 months).

My Water Heater uses around 4500 Watts when running as can be seen when it ran for about 4 minutes. 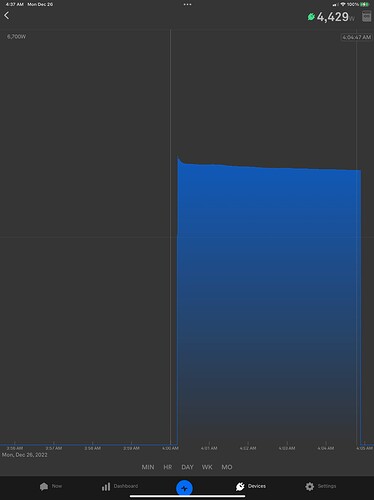 Then again, Water Heater 2 came on a minute later and ran much longer using upwards of 9kw 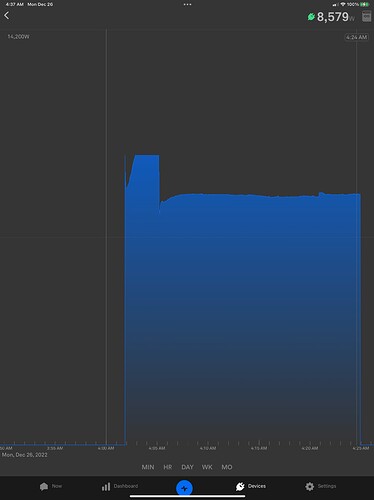 For reference, there are clamps going to my Air Handler to detect voltage.

At the same time, this popped up. 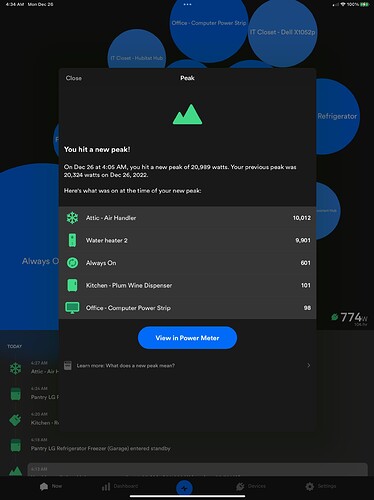 And I’m seeing an incredible 10,000 watts on my AirHandler via the clamps for the first time. 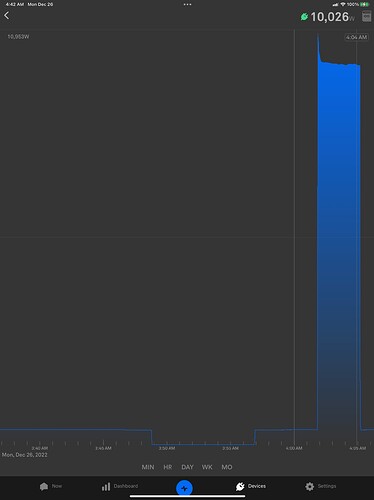 Even stranger, you will note my Heat Pump is not showing on the “New Record Usage”. In fact it’s only showing on twice that hour for a blip 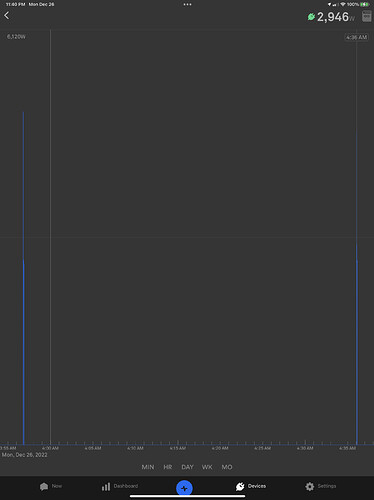 For reference this is normal behavior for the detected Heat Pump (non-variable speed) a hour later. 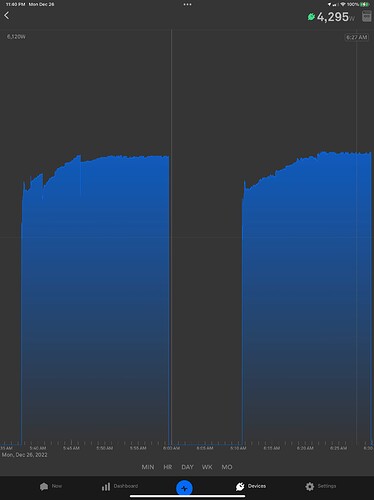 Thus, I have no idea why the AirHandler would be on at this wattage at this time.

Now, obviously it’s been cold all over the USA the past few days and I’ve had heat kicking on for the last 3 days. I think “could it been the emergency heat?” But isn’t that in the heat pump? Regardless, Ecobee shows no sign of Emergency Heat coming on. 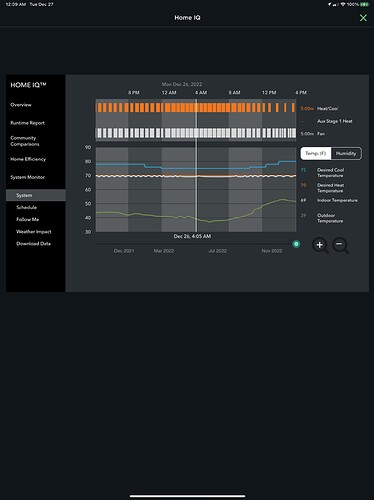 And it shows the heat only came on for 5 minutes at that time, which is what the Heat Pump shows.

In retrospect, I’m thinking that after the Heat Pump was detected and I placed clamps on the air handler, that something was detected a year+ ago that I attributed to the Air Handler and merged them.

No idea if that’s what is going on here, but wondering if Water Heater 2 is something in my Air Handler now being counted essential twice by the clamp and whatever this device truly is. But then again, what is this in the Air Handler producing 2x the wattage of my Heat Pump as it’s clearly not showing on my Ecobee.

For reference here is the outdoor temperature at the time 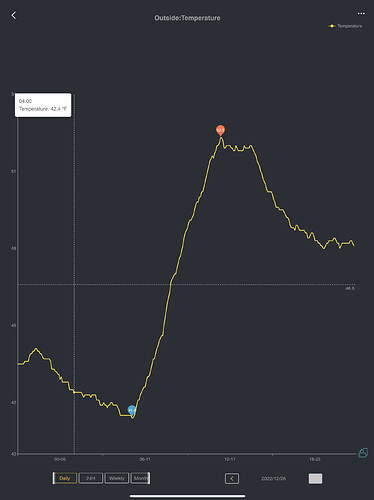 And here’s the indoor temperature at the time 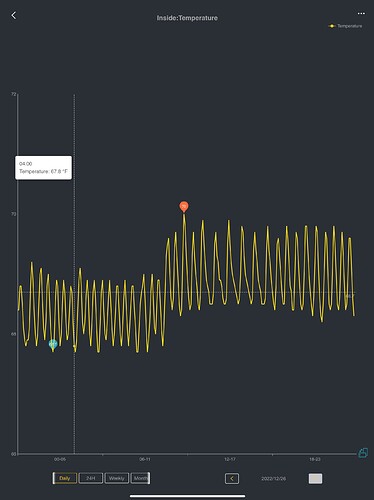 And bottom line, there should be a check to make sure the two circuits feeding the house/breaker box are in general agreement as to the peak and the sum of the parts if this is the Air Handler being counted twice. 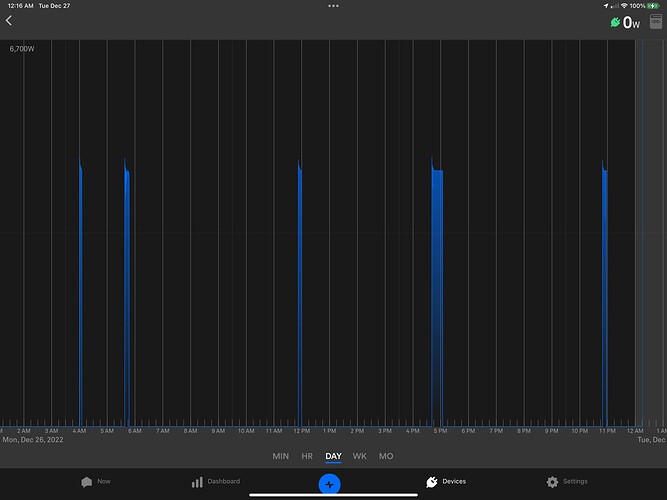 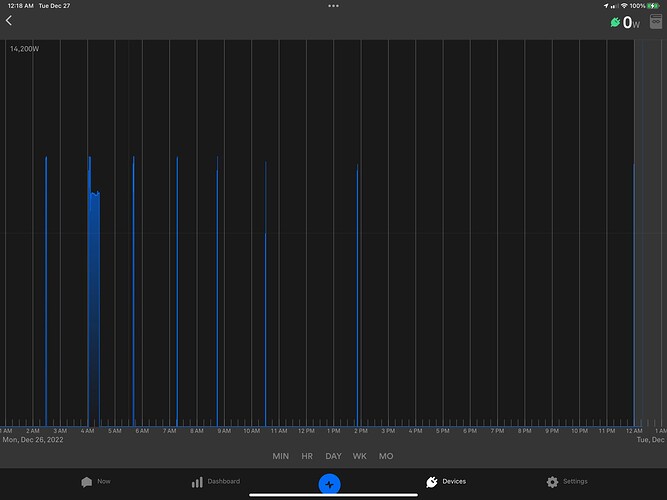 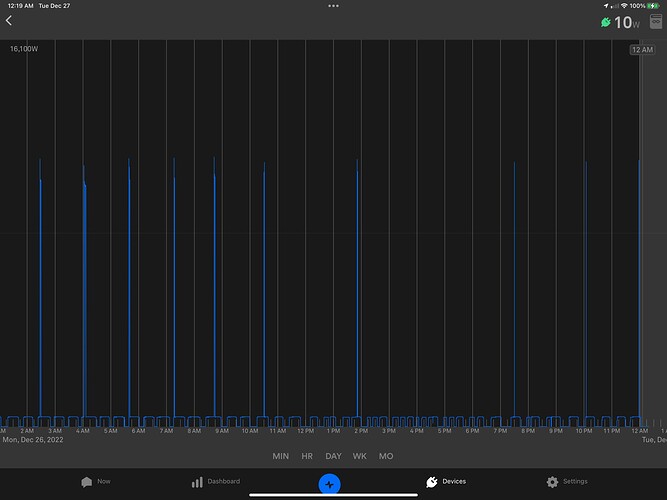 Again, if Sense THINKS I am using a total of 21kw and the incoming line clamps show only 10kw or 15kw or even 19kw with no Solar Addition or Battery supplying the power, there should be an alert of a device mismatch at x time that detection is 21kw vs 10kw incoming. Check that a device is not being counted twice.