What the heck is going on?

My ‘Heat7’ is my furnace induction motor after waiting for months after it was discovered to definitively confirm it was the motor, today I went to rename it that and the cog was missing from the menu.
I went back to the main devices page, heat 7 is now completely missing from my device menu.
The cog is there for other devices.

I believe some other device(s) are also missing from my device list but can yet pinpoint & my other is much larger than before.

My monitor went offline for 6 seconds at 2:06am
What the heck is going on?

Sump pump had some usage every month, but nothing on yearly since June, It’s been on since then and has been on since Oct 20th. The bubble appeared just yesterday. 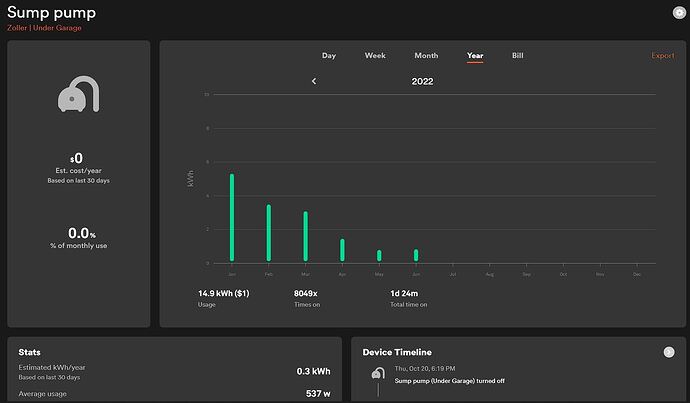 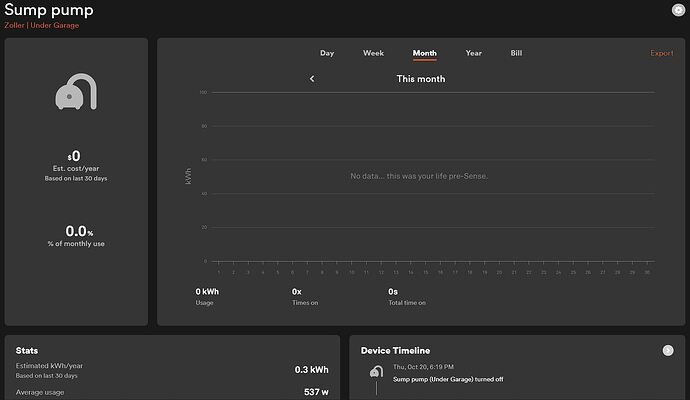 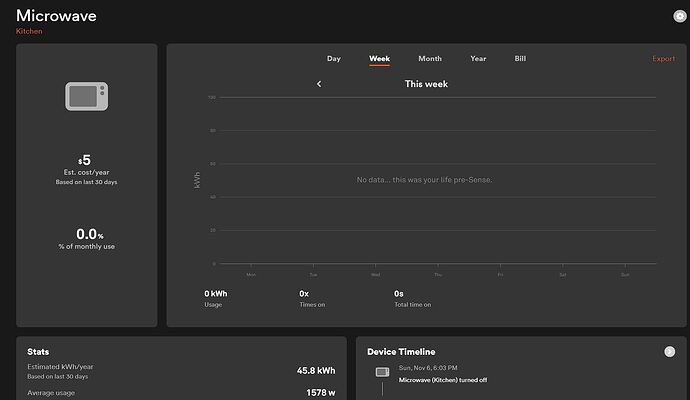 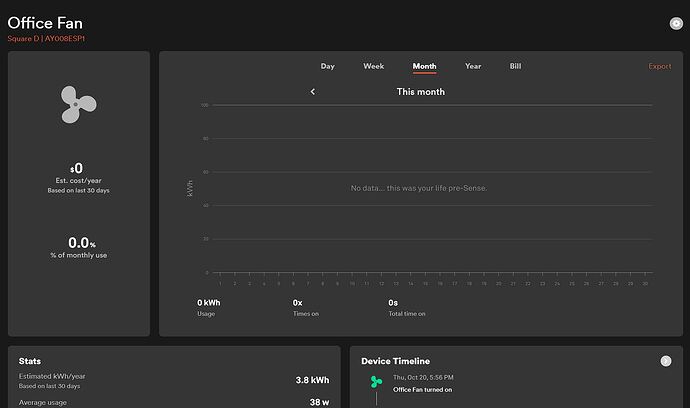 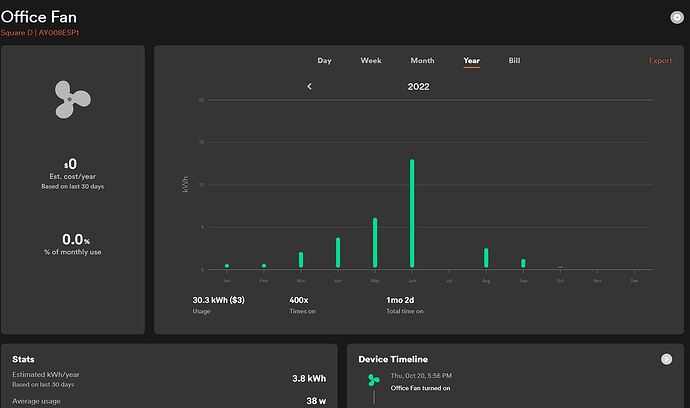 Also why does average run time look like this for most devices?

Now I’m getting this on the ‘Now’ screen. 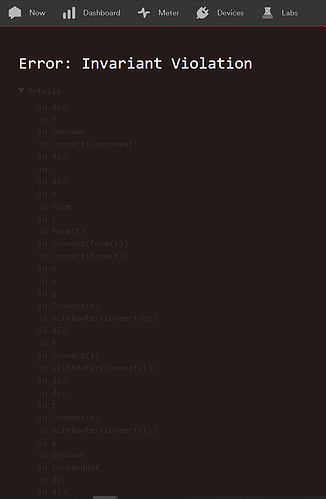 Well, my historical data is still around.

What version are you on now?

That was the first thing I thought of, another botched Firmware update, but nope…

Digging more into it, everything appears to be related to DST.
I’ve been talking to Sense employee James, Ticket # 323576
He has recreated and confirmed today displays as “yesterday” this week displays as “last week” and this month displays as “last month”. But has no timeline for when Sense will figure out how to fix it.

This thread is also related to the DST issue.

The “No data… this was your life pre-Sense.” message began appearing for all time period views when a device was not on. For some reason Sense was having issues loading the data for some time periods, hence the “pre-sense” message. For some reason this message only started displaying after DST.
My suggestion: The ‘Pre-sense’ message should to be reworded to simply “No data for this time period” with a tap link to a page describing the possibilities: Your device was not on during this time period, Error or failure to load data, Device not yet discovered, Life pre-sense, etc…

My ‘Heat 7’ somehow deleted (not merged) itself at the exact time I looked at the device. I did NOT manually delete it. No idea how it happened, but there is nothing anyone can do. Asking everyone to keep an eye out for devices that go missing or similar issues to know if this was a one off fluke/bug or something more widespread.

My monitor going offline at at 2:06 for 6 seconds was it automatically rebooting itself which apparently happens occasionally. So for those asking for an auto reboot feature apparently it is possible, but have no idea how, when or why it is currently used on the backend.

I did NOT label any of the tickets as “SOLUTION”
I get that if they are a certain amount of days old, they get re-labeled.
But my recent tickets, some one 1 day old, are labeled “SOLVED” by the Sense ticket system

does that make Sense? 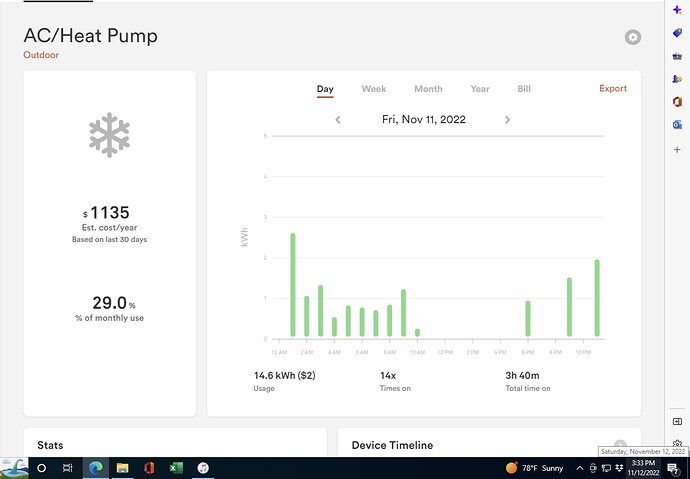 But today is yesterday 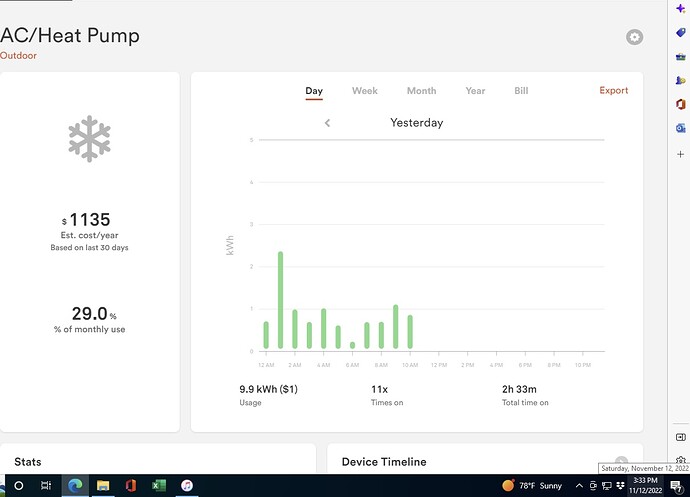 1st tier has been closing them after a 1day cut & paste.
To keep them upen you have to ask for it to be escalated., then it’s 3days while “awaiting a reply” unless it’s put on hold.
On hold tickets are about 30 days of inactivity. Usually when wafting for Sense to respond.

Thanks for flagging this issue @Beachcomber. I alerted our team and they are currently working on this.