The new math since I graduated.

But does that spike show up under spikes?

Speaking of which why are L1/L2 shown as 2 different columns above, but combined into 1 column below 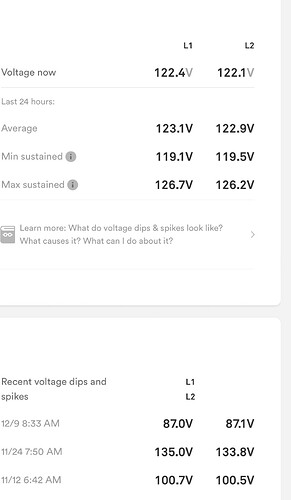 Anyone else think support breaks 4 things every time they fix one?

First, I think support doesn’t “break” things. That happens in engineering: they either break something that was working before, or they create it wrong in the first place.

A question that remains is whether the data graphed for Dec 9 is actually the correct data for the date. Not only is the 4AM spike not reflected elsewhere, the 87V low is not represented in the graph. I have a strong suspicion that what is show is from a day before or after.

Overall it just appears Sense the company is floating on a few highly technical people responsible for the device recognition etc, and some more mediocre engineers for other things. Support seems outsourced overseas with predictable consequences: cheaper is often not better or acceptable.

Now, mind you, all of this is some semi-educated guessing. Despite that, my sense is working well for me. Well enough that I haven’t found a better alternative.

Just 2 months ago it worked 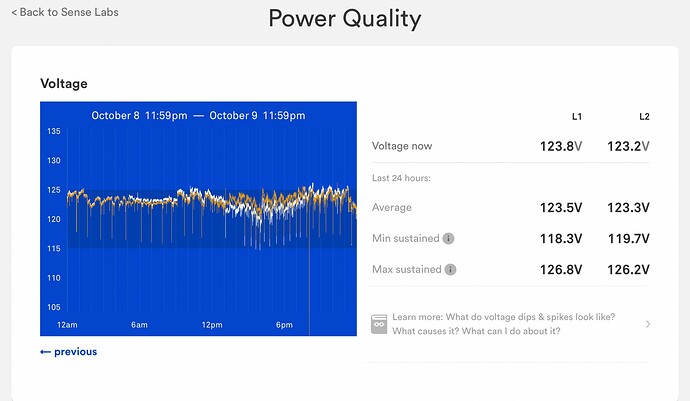 But a month later in early November the graph stopped and never updated. Several sent in support requests based on posts here.

Sense finally restarted it after 3-4 weeks, but the new code broke 4 new things in the process.

Another month. Same as the last. Certainly drawing it out for job security. Broke it 2 months ago. 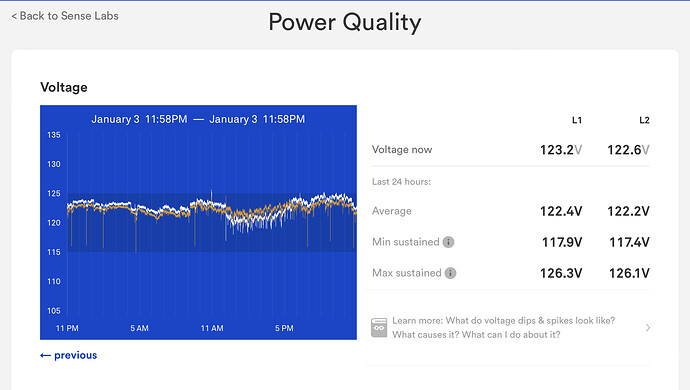 Makes you wonder when Elon Musk fires 80% of the staff at Twitter and the actual tech runs better than before.