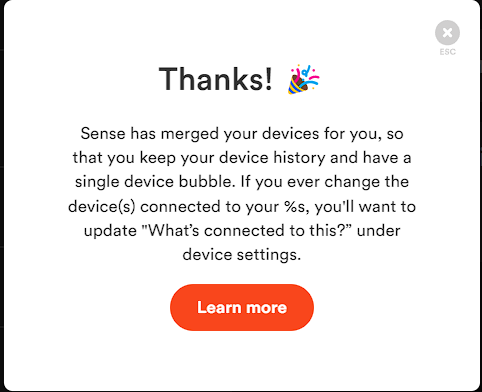 When you click on the “Learn more” link you get this. 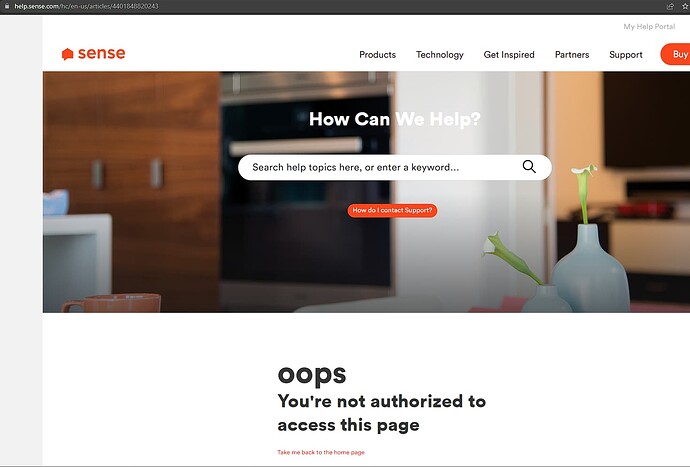 I spent months trying to figure out what “heat 3” was, determined it was an inaccurate native detection of a component of my “Ice Maker” that has been on a Kasa plug. I merged them.
Now all stats except graph were deleted.
Since when does “merge” remove all history (except the graph) for both devices that were merged? 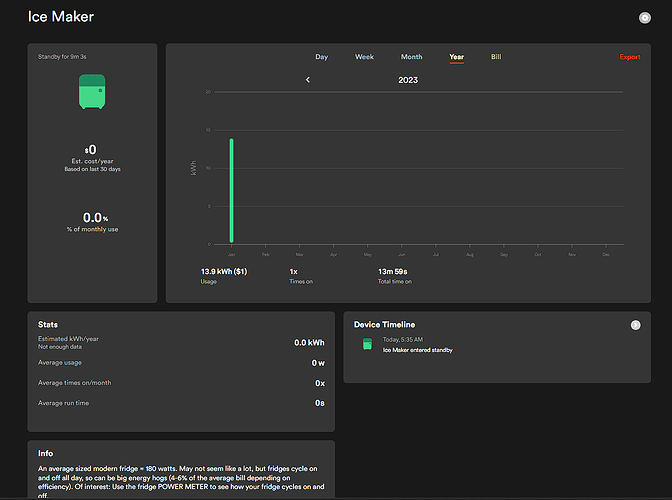 %s represents a variable in the program language.
So if this was about “plug1” it should have said plug1 instead of %s.

Programming error on the Sense side.

And this is Sense supports reply…
“could you please confirm if you are attempting to merge the devices Heat 3 and Kasa plug? If this is the case, we would like to inform you that merging the devices and the kasa plugs is not possible”.

@JuliaAtSense why is support telling customers such blatant factually incorrect information?
Native detected devices and Kasa plugs can in fact be merged. That is why Sense asks “What’s connected to this?”. The fact that the “Thanks!” screen even says “Sense has merged your devices for you”.

None of that has anything to do with my reporting the “%s” and “not authorized to access this page” issues.

The missing data has re-populated itself.